Campsite scalpers use bots to reserve and resell campsites

During the pandemic, when indoor activity was restricted, many people turned to the outdoors for recreation. KOA.com estimates that six million more people went camping in 2020 than in 2019. With more people now involved with this hobby, campsite scalpers, who use automated bots to get ahold of popular campsites within seconds on websites like KOA.com, are yet again taking advantage of the community.

According to NPR, Yosemite National Park was a primary target of scalpers back in 2011, where bunches of 20 to 30 sites within the valley would be bought online within seconds. The National Park had over 4.5 million visitors in 2019; however, within the valley, there are less than 500 available campsites total. In multiple instances within Yosemite, these bots took up dozens of weekend campsite reservations six months in advance.

ReserveAmerica.com and Recreation.gov operate as the two central websites to reserve campsites within Colorado. ReserveAmerica.com is especially popular with Colorado state-run parks; for example, Golden Gate State Park (SP) or Cherry Creek SP. The issue for ReserveAmerica.com users is that the average camper cannot compete with a bot that can reserve within seconds. In California, the state’s reservation system chose to step away from this website because of these notorious bot issues.

So, how difficult is creating one of these bots? Not very. There are dozens of YouTube videos with web developers creating these bots and selling the client that can spam the server hundreds of times a second.

On another major site, Recreation.gov (the reservation portal for the National Park System, U.S. Forest System, Bureau of Land Management, among other institutions) has implemented a simple yet effective bar of entry for bots: The CAPTCHA. The ‘Completely Automated Public Turing Test to Tell Computers and Humans Apart,’ is a deciphering program created to thwart spam from such bots.

This system is a step in the right direction, albeit not fool-proof. A current federal parks employee, Rick Weber, had input on the matter back in February 2021; “Only the federal government could screw this up so bad with a multi-million-dollar contract,” he said. “I do not make the foregoing statement without cause. …You see, I’m a federal employee. I’m rather convinced that savvy PC hackers have a backdoor into the system,” (nationalparkstraveler.org).

Another simple trick by the Park Service has been to only accept reservations with the same ID used to purchase the reservation.

The only fool-proof strategy against bots is camping based on the first-come first-serve basis. This system would take out reservations from the equation, allowing people to show up whenever (and hope they get a spot).

The Wellness Center on campus has done past trips to campsites in the nearby Denver area at parks like Chatfield State Park and Rocky Mountain National Park. While the CU Denver Wellness Center has not had issues reserving campsites, the student body could be a different story. Students are not permitted to easy campground access like universities, which have ample resources and connections to reserve directly through the Park Service. Students looking to make a weekend getaway are at just as much risk as anybody else looking to reserve. 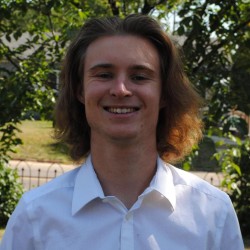