Where to avoid at all costs, whenever possible

Unfortunately, this is not about which light rail station has the amplest amount of big, leafy trees to provide sufficient shade in the middle of summer. And it’s a fact that those shelters turn into sweatboxes once the temperature hits about 85 degrees. Insider tip: none of the stations have ample shade, anyway.

The security incident summary by RTD for September 2018, the most recent available, shows that there were a total of 1724 events reported for that month alone. Whew, laddie. Talk about a lot of shady acts in just a few weeks. Of that total, 163 events included varying degrees of assault, robbery and theft, and weapons offenses.

There were several violent incidents of stabbing (18th and California) and homicide (looking at you, Broadway Station) that occurred in the second half of this year within downtown light rail station areas.

Then there was a fairly publicized fatal stabbing at Sheridan Station last year that finally led to the prison sentencing of two men in February 2018. It seems to be that the closer one is to the downtown area, the more likely something shady is going to happen.

But shady environments don’t earn the label of being shady just because of statistics and reports. There’s a feeling that it’s not just the shadows or the aggressive graffiti on the benches. There’s an uneasy feeling that makes you wish that the train would show up early and leave on time just so you can get the hell out of there. Certainly not something felt at boutique surrounded Louisiana-Pearl Station.

Even the recent pedestrian-train accidents surrounding Auraria campus from this year don’t evoke the feeling of shadiness at the three nearby light rail stations.

And the winner of the shadiest light rail station goes to (drumroll please) 30th and Downing Station. The daytime isn’t too bad but once the sun goes down, it’s time to head straight home. Transfer yourself straight to your car, and get on your merry way. Even with precautions like cameras and security patrols, higher internal levels of vigilance are almost automatic.

Plus, the few trees that are there only shade one row of cars. Lame. 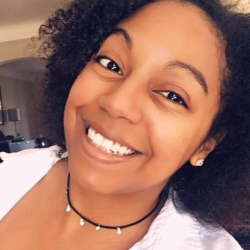 Worst time to be stuck in traffic

Best meme of the decade