The Festival of Colors comes to Auraria

On April 19, the Indian Student Association at CU Denver marked the beginning of spring with the Holi celebration, an event as colorful in its traditional history as it is literally. All across the Tivoli quad, explosive bursts of colorful clouds of powder decorated the air, the pavement, and the enthused group of participants. In addition to the score of  Auraria students energetically taking part in the festivities, a large group of roughly 50 young children were also there to participate in the celebration, all against the backdrop of popular Bollywood music blaring on the PA under an inviting Spring sun.

The Holi Festival, or Festival of Colors, is an Indian tradition originating in Rajasthan and dating back to approximately the fourth century. Though originally a Hindu tradition, it has spread across the Indian subcontinent and the world and is now also celebrated by members of other religious groups in the region including Jains and Sikhs.

Holi Festival is put on by the Indian Student Association, making it their third year at CU Denver. In addition to the annual Holi Festival, they also host their annual Diwali celebration in the fall, another longstanding Indian tradition often known as the Festival of Lights.

The festival celebrates, among other things, the triumph of good over evil; the arrival of spring after the winter months; and the spreading of happiness, thanks, and love. Traditionally, the hallmark festivity of Holi is celebrated by throwing brightly colored powder on friends, family, and neighbors, but celebrations also typically include singing, dancing, sharing food, and playing games and sports.

“Across India, Holi celebrations vary from state to state,” said Vatsal Vador, the treasurer of CU Denver’s Indian Student Association.  “The traditions of Punjab, for instance, might differ from those of Gujarat. But they all always do the colors everywhere.”

While there are some differences and compromises in how the Holi Festival is celebrated in the US versus in India, by and large the celebrators seem to remain true to the festivals’ practice.

“Traditionally in India, the Holi Festival hasn’t always been celebrated with the cheaper dyed powder like we are using here in the US,” notes Vador. “Originally, the colors were extracted from brightly pigmented leaves, such as neem and turmeric. But today, even in India, basically everyone uses the dyed color powder because it’s much cheaper and it’s organic, so it washes off in the bath.”

The event also featured an assortment of Indian snacks and appetizers, the most popular apparently being the samosas. By 1 p.m., the sidewalks and surrounding grass bore colorful collateral damage as the celebration and festivities pressed on tirelessly into the afternoon, concluding with as much energy and excitement as it began with.

Bollywood music and samosas aside, the highlight of the Holi Festival was the opportunity to connect with the community, meet interesting people, and observe an ancient cultural tradition which truly celebrates goodwill—whether in Delhi, or Denver. 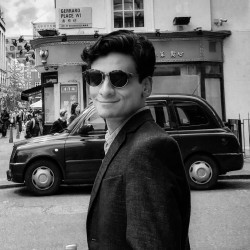